There are a number of reasons why a Verunas might find itself rejected from society. Perhaps it was born of a litter where no single pup was able to kill all its siblings. Maybe it failed to execute the orders of a superior, or worse, deliberately disobeyed them. It might have displayed criminal tendencies, or contracted a serious illness, or sustained a debilitating injury. Its peers may have found it guilty of breaking the strict code of honour that binds all imperial Verunasi together. Regardless of the specifics, whenever a Verunas has been deemed unworthy of a place in Verunasi culture, it is branded an Outcast.

Because there are so many ways to fail in the unimaginably rigid Verunasi society, there is a huge population of Outcasts that can be found living in nearly every corner of the Novus Æterno universe. However, despite their numbers, these Outcasts must keep to the shadows, as other Verunasi wont to tolerate their existence. 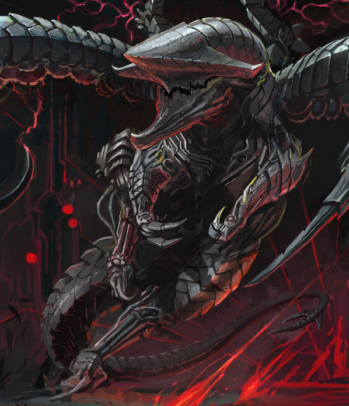 Since they no longer occupy a place in the imperial hierarchy, Outcasts are free to operate independent of the restrictions imposed by its inflexible code. This means that an Outcast might engage in commercial trade and other cooperative endeavors with members of another race, something frowned upon by most Verunasi, as they traditionally hold themselves to be vastly superior to all other sapient beings, and thus above peaceful interaction with them. It also provides for the possibility that an Outcast Verunas might make use of forbidden technology such as tactical cloaking fields and chemical and biological weapons of mass destruction, which can give it a significant edge in combat against a wide range of enemies, even when it finds itself up against other, more numerous Verunasi forces.

More troubling to some is the fact that, although imperial Verunasi long ago developed subservient synthetic beings such as the Cauldron Born, thus eliminating their need for organic slave labour, many Zealots insist there exists a flourishing slave trade among Verunasi Outcasts and human Pirates.

In any case, owing to its expulsion from Verunasi society, it might be tempting for a member of another species to assume that an Outcast Verunas is somehow weak, or unintelligent, and is generally less formidable than its imperial counterparts. This would undoubtedly be a grave error in judgment, and is precisely the kind gross miscalculation that is often one’s last.