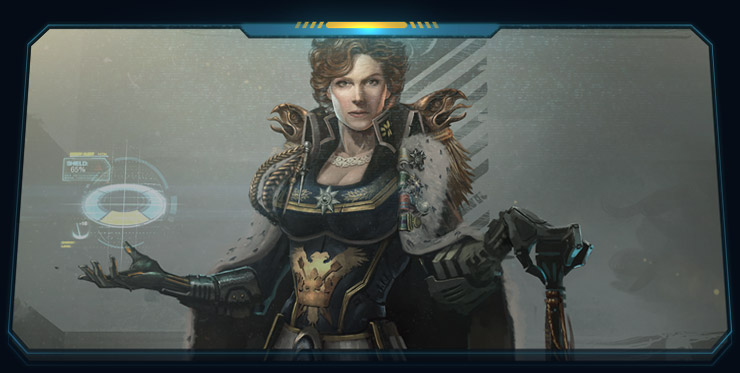 Taking on the vastness of space alone is no easy task, which is why Novus Æterno allows up to 15 players to form an Alliance. Being part of an Alliance bring many bonuses as well as responsibilities to the battlefield. Each member of an Alliance will need to be able to cooperate with each other to provide aid in defence and to strengthen the Alliance’s attacks. Holding large amounts of territory will be very difficult when the player’s Alliance does little to help its members out.

Each member of the Alliance will gain docking privileges to each other’s planets as well as the ability to easily repair and resupply any Alliance ships. Players can even grant temporary control of their units to other members of the Alliance in case of emergencies. If an Alliance member is under attack all members will be notified and can then easily plan an attack plan against the enemy forces.

Due to the fact that Novus Æterno offers no set classes or “rolls”, it is suggested that players with different playing styles work together and allocate their own version of “classes” to each member, creating the most productive and efficient Alliance possible.

Multi-Alliance treaties can be agreed upon unofficially in-game. There will be no in-game system to support the agreements made between two or more Alliances. Any treaties or trade agreements made between Alliances are done at each Alliance’s own risk. Banding together to take out a stronger enemy today, might lead to a knife in the back tomorrow.