Hello everyone, it’s been a while!

Before I get into the details of the progress made we have made I would like to make a heartfelt apology for all the delays and also for my lack of communication. We ran into many structural issues with our old client engine, and after wasting months trying to figure out ways around them we realized the only solution was to completely rebuild the client on a new engine.

This was quite demoralizing for us, as we felt we were so close to having the game at a really solid place, but even the smallest of additions to the game became monumental tasks. We felt very guilty because there was no way we could be able to achieve the timetables we promised.

In addition to the old client engine’s issues, I was working on a business partnership which would have brought us more funding (which due to the costs of rebuilding the client we desperately needed) and have drastically expanded the Novus universe. Unfortunately after about a year of talks and negotiations the deal fell apart due to external factors. (unfortunately due to NDA’s I really cannot go into any more detail)

This lead me personally to just bury my head in development and funding, because honestly I did not know how to face our community at that point in time, All we could do was Carry On(Cue ManOWar song).

I am sorry for that, and I hope that you can appreciate the progress we have made in the meantime and forgive us for the delays and lack of communication. It will not happen again.

As to a exact date when players will get access to the new unity client, I will have the date for you in a update in a week. we are still sorting out some bugs and getting combat working. Stay tuned for a exact date. Once again thank you for all your patience and support. 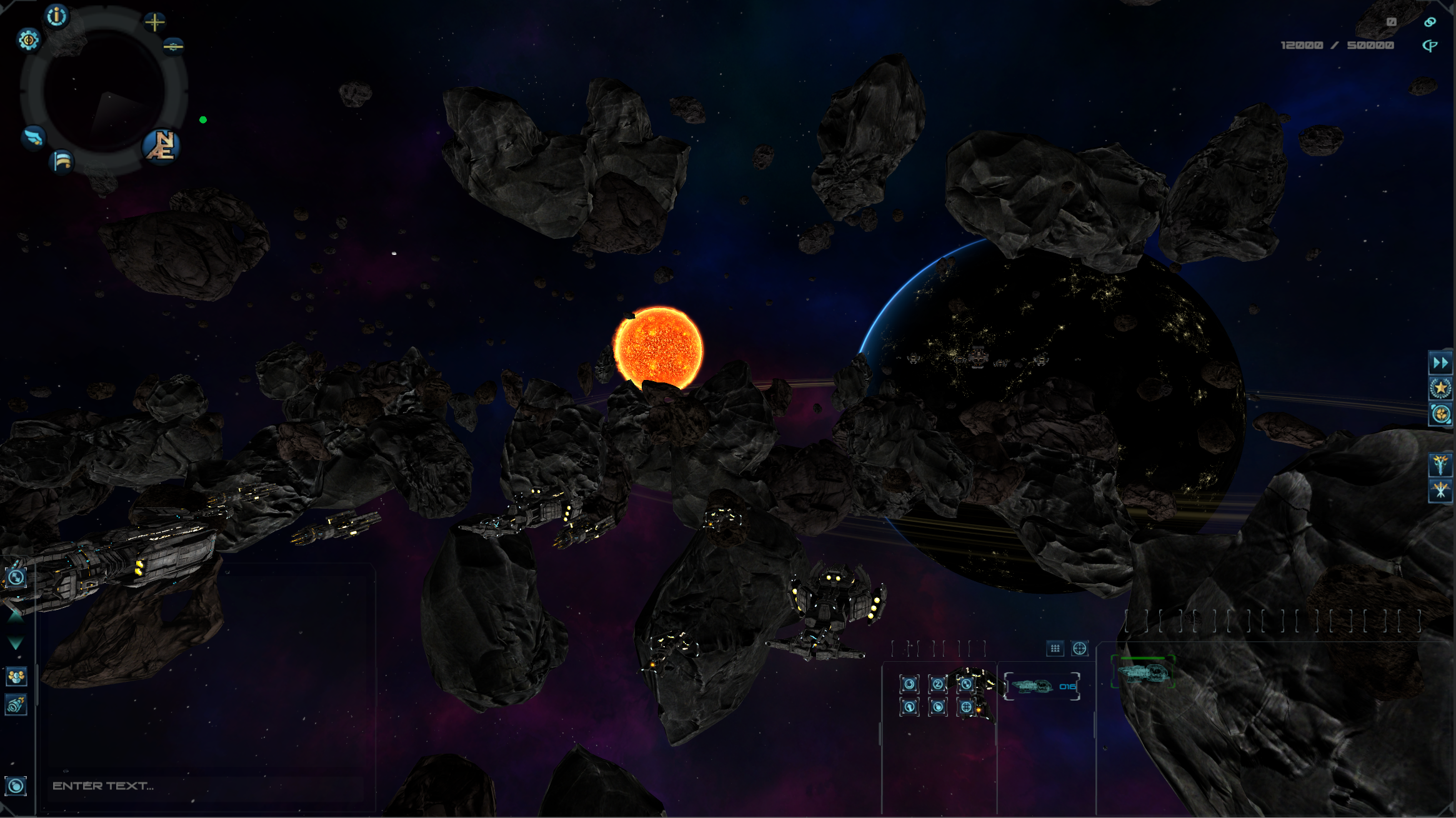 The Switch To Unity
We have plenty of exciting improvements coming to Novus Aeterno. The first of which is the entire recreation of the client from the ground up in the Unity engine. In the past year Unity has really made itself stand out from the crowd and we decided to make the switch. Novus Aeterno now looks better than ever, our development pipeline is more streamlined, and we’ve had an opportunity to alter architecture holding us back and improve adaptability of game systems.

One of the major advantages of Unity is the ease of bringing it to other platforms. This means Novus Aeterno will be supported natively on Linux and Macs, but not immediately on release. Being easier to develop for has allowed to us add new special effects, ships, planets, space terrain and revamp the user interfaces in a fraction of the time it would have in the old engine. In addition to better workflow, unity has also allowed to to get much better performance while increasing the graphical fidelity of the game. We ran into a plethora of issues with the old game engine which impeded progress or dramatically slowed it down and while Unity does have its own set of caveats, none are remotely as debilitating.

Minor Changes
One of the major issues we had before was the amount of time designs could take to save, potentially upwards of 15 minutes. The entire design system’s backend has been revamped and now it’s nearly instant. The more designs are made the faster it will become unlike the old system in which more designs caused it to become slower. Designs can be renamed, edited or removed (from within game). These features were highly requested changes for the design system.

We use a new input system which gives us more flexibility with keybindings and allows chat input to not have the errors many users experienced. Keybindings will be fully configurable and support multiple bindings to the same action, but not immediately on release.

Components can be added into favorite, normal or hidden groupings to allow for faster navigation when designing units or constructing components.

Planets will have official names, in the future the first player to colonize a planet will be able to set its official name. Planets also have nicknames which only the player can see; this allows players to either add an additional layer to their roleplaying or increase their internal organization.

One of the features which I personally needed was an attack prompt when clicking a friendly or neutral unit; long gone are the days of accidentally invoking war just because units are currently selected. In addition to this, a force context menu button has been added incase you do have units selected but wish to open the menu anyways.

AI Advances
Depending on who you ask, either your emotion feeling robot friends or human-crushing robotic overlords are coming; after all we know the Cauldron Born are created at some point. This is not that time, but we have some simple AI changes that will make combat easier to manage.

We have introduced a new targeting system. Interacting with a hostile unit while having your own units selected will set the target as the selected units’ explicit target meaning they will attack it before anything else. All other targeting modes are global. Next up are priority targets; these are units marked with a 1-9. The lower a target’s priority number the higher priority the AI will give to attacking it. After priority targets are normal targets. They have no indicator over them and all units start at normal target by default. Finally we have last targets which are indicated with a -. As the name suggests, your units will target last units only if no other target is currently available.

Reloading has received a slight revamp and has three AI modes. The old client would make a unit reload as soon as any component ran out of supplies. The new version only reloads if the reason no targets are valid is because a reload is required. The second mode allows for a percentage of all components to run out of supplies before reloading. The final mode only reloads when all components run out of supplies. Each system has its own advantages and disadvantages and it’s up to players to decide when to use which system.

The final system is the ability to toggle a units weapon(s) from automatically firing. While this isn’t so important for the time being, players may wish to manually fire future components with more intricacies. The UI might not be ready for this on release.

Movement
The entire movement system has been rewritten from scratch. It now supports traveling along a curve instead of in straight lines and a much more accurate positional synchronization. With proper micromanagement, a unit can actually circle a target.

Research
As many of you know, research and crafting is my jam and I love the changes being made to it. We will be integrating Novus Aeterno’s current research system with tech trees. Theories and prototypes will remain as will the way of acquiring both. When a player funds the development of a prototype it will unlock a mini tech tree of potential upgrade paths for the prototype. There is a limited amount of upgrades players may select from each tree; because of this, even if multiple players unlocked the same prototype they might have different upgraded versions. Players will be able to fund research into specific areas or look for further uses of existing theories, prototypes and components; the more precise the research the larger the budget will have to be to keep the program running.