Piracy has been a blight on human civilization for the entirety of its existence. Once the central human governments began to encourage free trade and commerce among the manifold colonies comprising their interstellar empires, numerous private corporations and other powerful organizations, among them the religious institutions of the Zealots, began to establish shipping lanes throughout the various human territories. Extensive criminal syndicates with the resources to expand their clandestine operations toward the boundaries of human space quickly found that the hunger for forbidden goods and services was just as voracious on the frontier as it had always been on the home front. These syndicates began to use a network of smugglers and blockade-runners to transport prohibited commodities to the outermost reaches of the known universe.

As the human empires grew, so did the human appetite for vice, and the shadowy consortiums that provided it began to enjoy a period of wealth and prosperity undreamed of in earlier times.

The preponderance of piracy that now plagues the Novus Æterno universe began as a series of territorial disputes between the various criminal syndicates with the means to operate on a trans-galactic scale. The agents of the central human governments were spread far too thin to adequately monitor all the charted shipping lanes throughout the universe, and this provided an opening for criminal organizations to begin offering protection services at an exorbitant price, providing security for deep space trade convoys from the very same pirates these illicit cartels employed. 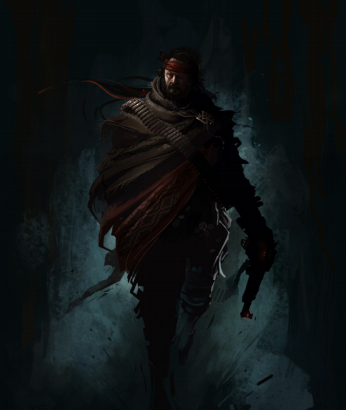 This afforded those who traversed these lanes little choice: either pay the syndicate in control of the territory for protection, or risk being raided at the hands of its murderous pirates. However, as several legitimate mercenary services began to gain power and renown, offering increasingly dependable protection of their own, the rival criminal organizations soon found it necessary to begin pirate incursions into the shipping lanes of territories beyond their control. This led to a series of violent skirmishes that ultimately devolved into a prolonged and bloody turf war between the major power players in the intergalactic criminal underground, a conflict that lasted until the collapse of the human empires themselves.

In the aftermath of the fall of the central human governments, conditions were once again primed for the growth of illegal industry. With only a steadfast cadre of Zealots sworn to uphold the Law standing in their way, the old criminal syndicates began to rise in power as they had so many times before. Piracy reached an all-time high, and the threat of attack became a very real possibility for any interplanetary vessel. Against this backdrop of rampant predatory activity, the pirates themselves began to develop their own strict, albeit atypical, codes of morality. A vast criminal sub-culture gradually took shape, as human pirates increasingly sought to function as independent operators unaffiliated with any of the established cartels. Many embraced the notion that there was something inherently romantic about the nature of their endeavors, and some even came to view themselves as outlaw heroes, stealing rare and valuable commodities from those they deemed affluent in order to redistribute them among the destitute.

In the contemporary Novus Æterno universe, the criminals branded as Pirates are a group as diverse as the spectrum of individuals throughout the human race itself. Dangerous, enigmatic, and always unpredictable, Pirates are an ever-present menace to those who venture out among the stars.